We continuously provide you with current information in our NEWS section as well as on the animago News area of our German language website of DIGITAL PRODUCTION. 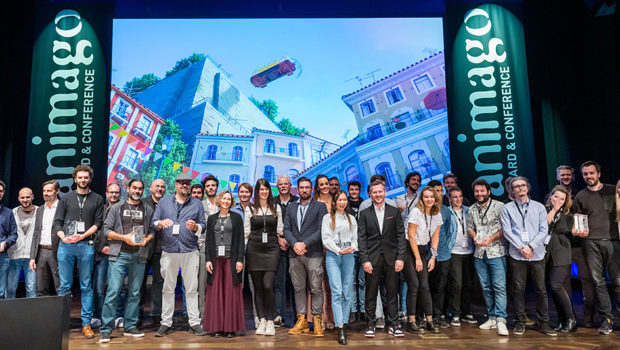 The winners of animago 2019, the international competition for 3D animation, still, visual effects and game, have been announced. 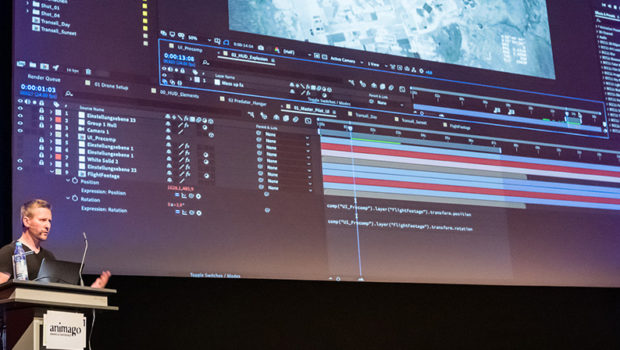 There’s something for everybody at the animago 2019 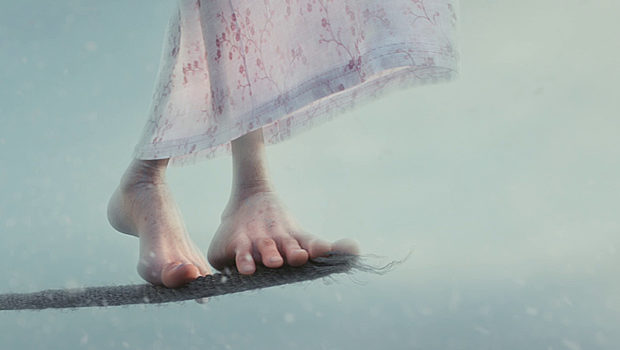 The deadline for submissions for the animago 2019 has been extended by one month to the 31stof July 2019. 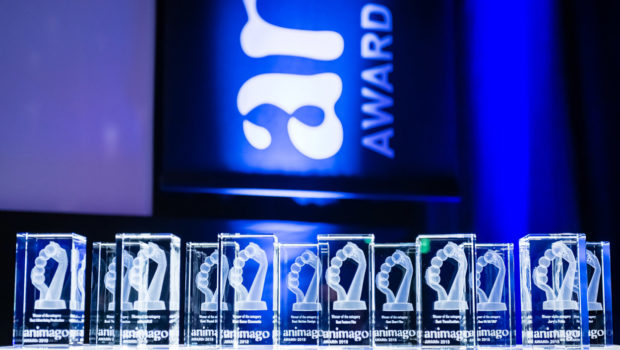 The 23rd edition of animago is coming up and submission for 3D animation projects, visual effects, design and the like is open now! This year, the coveted animago trophy will be awarded in 10 categories, with “Best In-Game Graphics” being a brand new category for 2019. 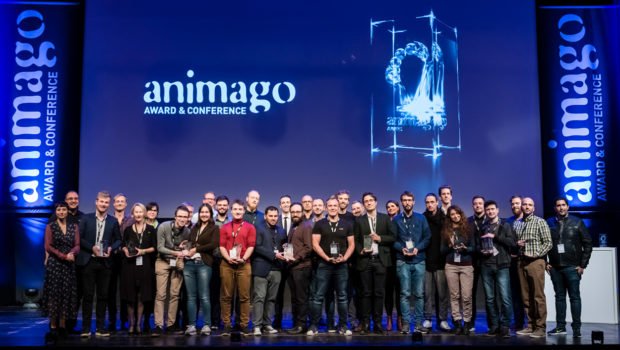 The winners of the animago AWARD – an internationally renowned competition for 3D animation and still, visual effects, visualization and VR/AR/360° – were awarded their trophies yesterday evening in Munich. The show was attended by 500 guests and took place for the third time at the Gasteig Centre. 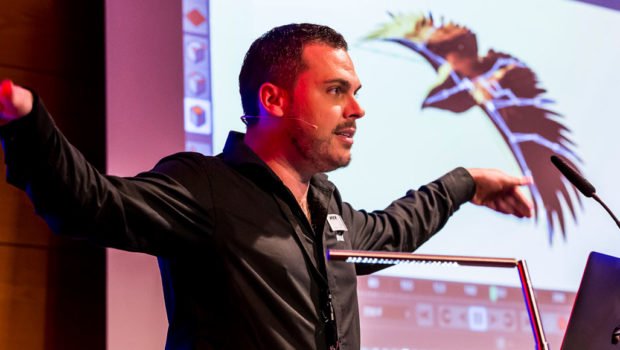 The official animago AWARD & CONFERENCE programme has something for everyone – guaranteed!

What do Paddington, Jim Knopf and Lukas the Engine Driver and Game of Thrones have in common? That’s right, the creative minds behind the impressive visual effects seen in these productions will be at this year’s animago AWARD & CONFERENCE on 25 and 26 October at the Gasteig Centre in Munich. The programme schedule is packed full of high-ranking speakers from all over the world and will focus on themes of animation, visual effects and much more. 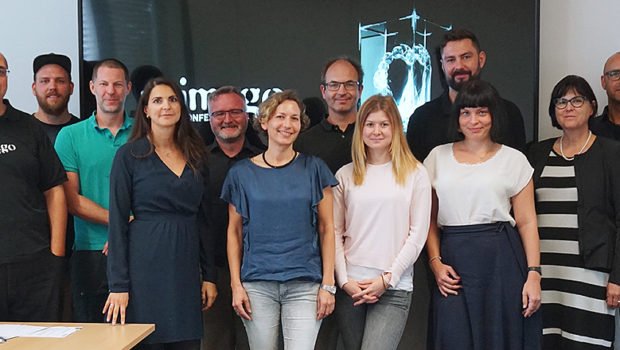 Here are the nominees for the 2018 animago AWARDS

The nominees for the 2018 animago AWARDS are in! An independent jury of experts sifted through nearly 900 submissions from 61 countries to find the final 36 nominees for the animago’s twelve categories. 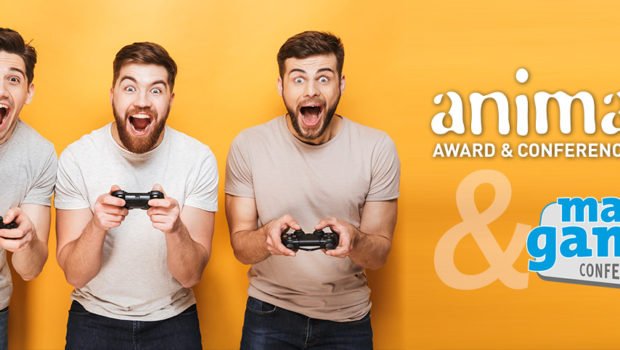 The animago AWARD & CONFERENCE is an international event that focuses on 3D Animation & Stills, Game Design and Visualization and will take place for the third straight year in Munich. In 2018, the two-day animago will cooperate for the first time with the game developers’ gathering known as the Making Games Conference. Both events will take place at the same time on 25 and 26 October 2018 at the Gasteig Cultural Centre in Munich. Several of the presentations being accessible by participants of both events. The goal of this unique combination is to offer new horizons and added value to participants of both events. 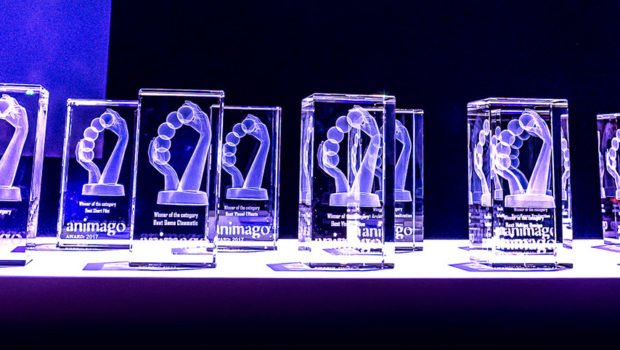 The day has finally arrived! Creatives from all over the world are once again called upon to send in their top projects in the fields of 3D ANIMATION, STILLS, VISUAL EFFECTS, VISUALIZATION and DESIGN for consideration for an animago AWARD 2018. animago trophies in a total of twelve categories representing all CGI (Computer Generated Imagery) disciplines are up for grabs this year. It doesn’t cost anything to submit your projects at www.animago.com and you have until 30 June 2018 to do so. 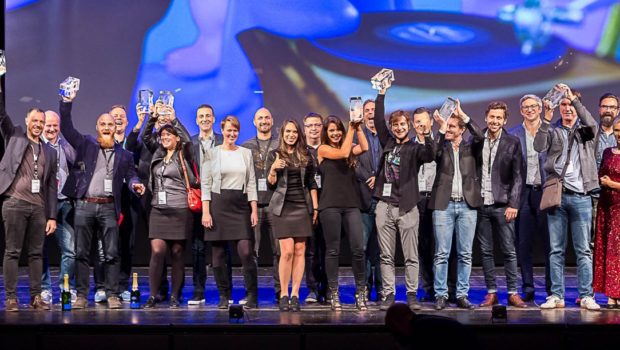 This year’s animago AWARDS were handed out last night in a total of eleven categories. Roughly 1,000 digital artists from 58 countries submitted projects for consideration as part of this international competition focusing on the amazing work being done by artists working in 3D animation, stills, visual effects (VFX), design and visualization. 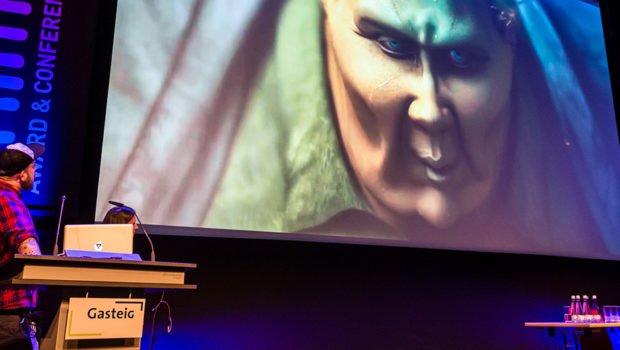 On Thursday and Friday this week, Munich will be shining a spotlight on the artists and professionals working in the fields of 3D animation, stills, visual effects (VFX), design and visualization. Roughly 1,000 international participants are scheduled to attend the animago AWARD & CONFERENCE on 7-8 September. 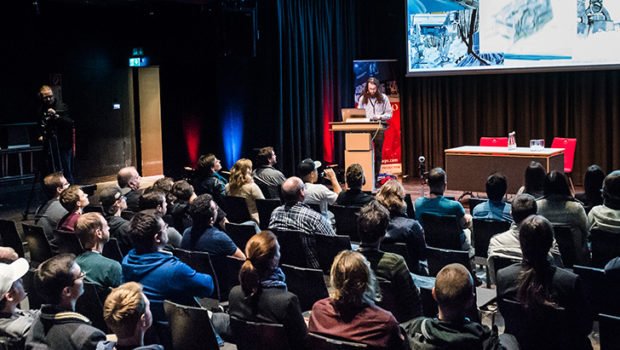 What kind of VFX bolstered Charlize Theron’s performance in her new film “Atomic Blonde”? How was “Wonder Woman” transplanted to WWI? How were the epic water effects in “Pirates of the Caribbean 5: Salazars Rache” made; how did they create the gigantic city backdrops in “Guardians of the Galaxy Vol. 2” and “Power Rangers”? And how were the visual effects in the latest Stephen King film adaptation “The Dark Tower” made? These and many other questions will be answered by leading international VFX experts speaking at the two-day animago AWARD & CONFERENCE taking place in two weeks on 7th and 8th September 2017 at the Gasteig Centre in Munich. 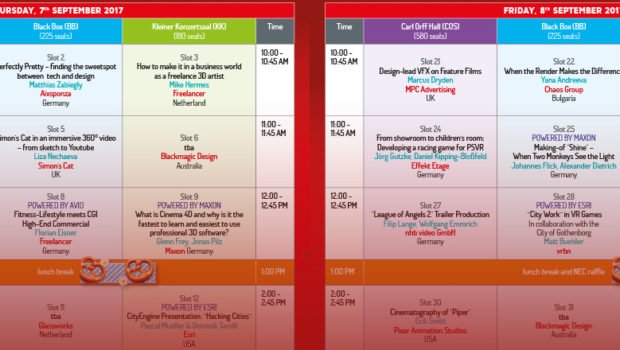 In today’s world, visual effects and digital editing form part of almost every film, advertisement, interactive production, computer game and virtual reality production. Indeed, the work of digital artists is required in a wide variety of industries over and above film, games and advertising. In fact, digital production continues to play an increasingly key role in a number of other industries ranging from architecture and automobile manufacturing to medicine. 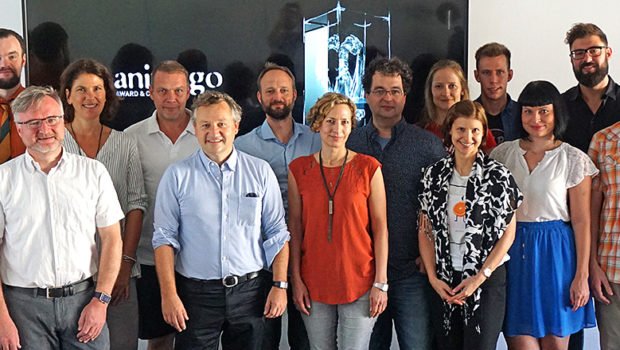 The nominees for the 2017 animago AWARDS are in! An independent jury of experts sifted through nearly 1,000 submissions from 58 countries to find the final 33 nominees for the animago’s eleven categories. The 2017 animago AWARDS will be handed out on 7th September 2017 during the animago CONFERENCE (7-8th September 2017) at Munich Gasteig Cultural Centre. The animago AWARD is an international competition aimed at creatives from all around the world who are invited to submit their work in the realms of 3D ANIMATION & STILL, VISUAL EFFECTS, VISUALIZATION and DESIGN. 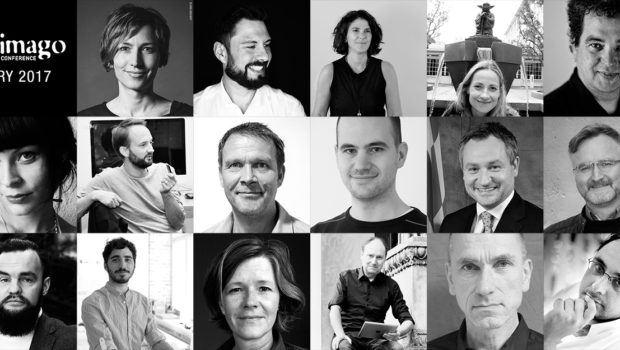 The submission deadline for the international competition known as the animago AWARD 2017 has been extended until Monday, 19th June. Creatives from all over the world are invited to submit their work in the fields of 3D ANIMATION & STILL, VISUAL EFFECTS, VISUALISATION and DESIGN in eleven categories in all realms of CGI (Computer Generated Imagery) at www.animago.com. Participation is free. 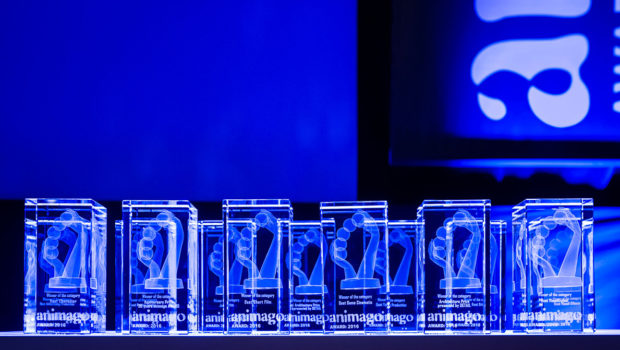 Submit your projects now! The competition for the animago AWARD 2017 is officially underway.

Starting right now, creative professionals and young talents from all over the world are invited to visit www.animago.com to submit their work in the fields of 3D ANIMATION & STILLS, VISUAL EFFECTS and VISUALIZATION for consideration at the animago AWARD 2017. This year’s competition features eleven categories covering all disciplines relating to CGI (Computer Generated Imagery). Participation is free and projects can be sent in until 31 May 2017. 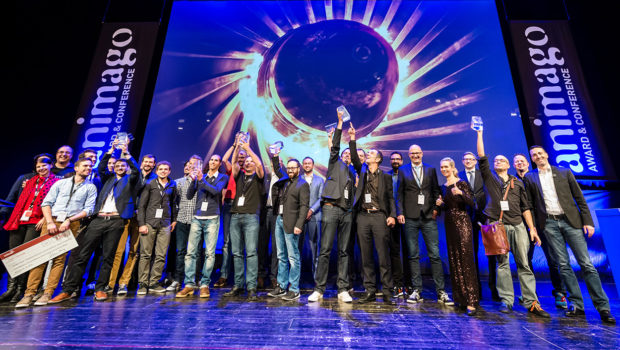 The winners of the animago AWARD – an internationally renowned competition for 3D animation & still, visual effects, visualization and design – were awarded their trophies yesterday evening in Munich. This year’s festive event also marked the 20th anniversary of the animago AWARD. The show was attended by 550 guests and took place for the first time at the Gasteig Centre. 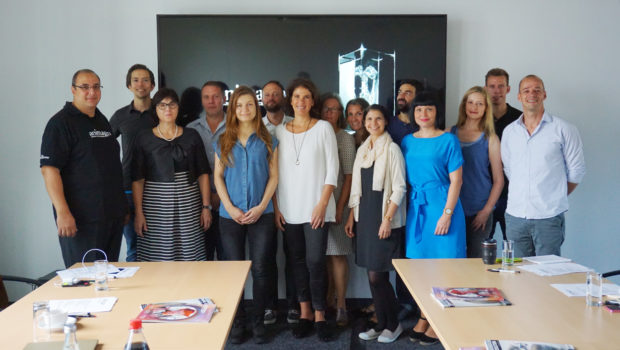 Last week, an independent jury of experts drawn from 14 different fields chose the final nominees for this year’s animago AWARD. After days of deliberation, they nominated the three best works in each of the 13 animago categories. This year, a total of 1,076 projects were submitted for consideration from 58 nations. The winners will be announced on the evening of 27 October at the awards ceremony held during the 2016 animago AWARD & CONFERENCE (Thursday 27 and Friday 28 October 2016) in Munich’s Cultural Center GASTEIG. The animago will be celebrating its 20th anniversary this year, as well. 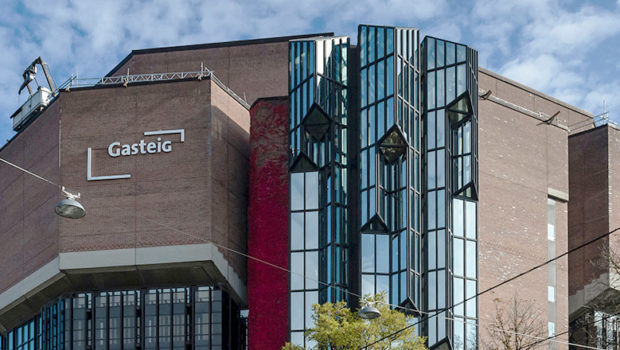 Participants in next year’s animago AWARD & CONFERENCE can already look forward to a very special edition of the awards show and international conference for 3D animation & still, visual effects and visualisation. After seven successful years in Babelsberg, the animago AWARD & CONFERENCE is now moving to Munich, where it will take place at the Gasteig Cultural Centre there on 27 and 28 October 2016. Next year will also mark the 20th anniversary of the animago AWARD. The Bavarian State Ministry for Economic Affairs and Media, Energy and Technology and the Munich City Department for Culture will be supporting the event with a total of €200,000.