Am I raising my children the right way? Parents all over the world ask themselves this question every day, among them Daniel Martínez Lara and Rafael Cano Méndez from Spain. The two men spent five years working in Blender on the 8-minute film “Alike”, which explores precisely this question.

The most important message in “Alike” is that it’s not easy raising children. The short film was designed to explore and shed light on this state of affairs without providing any concrete answers. When it came to choosing a title for the personal project, the two directors sought to find a single word that would capture the relationship between father and son: “alike” hit the nail on the head. The film emerged from a need to explain what it’s like when a child turns his father’s life on its head from one day to the next. 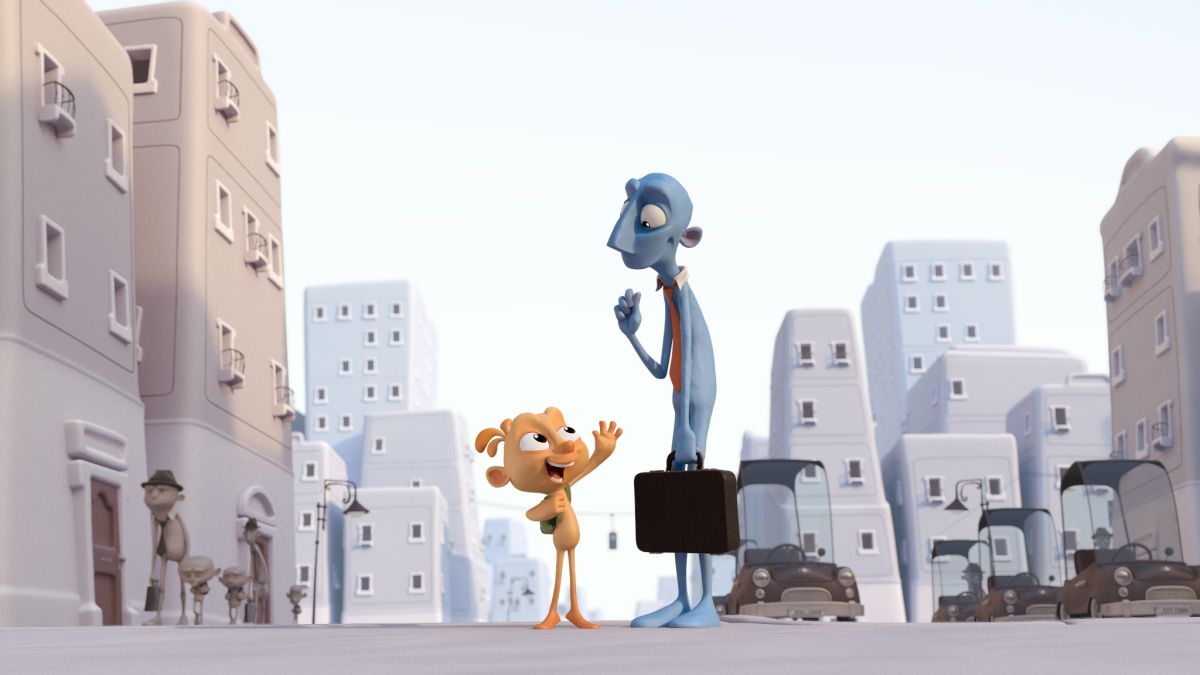 During the first two years of production, a team of ten people worked on creating “Alike”. During the final three years, a steady flow of new artists supported the project in specific phases. In the final phase, three people were responsible for bringing the project to an end. This means that a total of 18 people participated in “Alike”. The idea, storyboard and concept art for the film were created in the first phase, and the team modelled and rigged the two main characters in the second phase. At one point, the team was already doing character animation tests even though the script was still being finished. In other words, the development of the short film was shaped by a continuous process of trial-and-error. In the end, the enthusiasm of the participating artists ensured a steady flow of added value to the story. 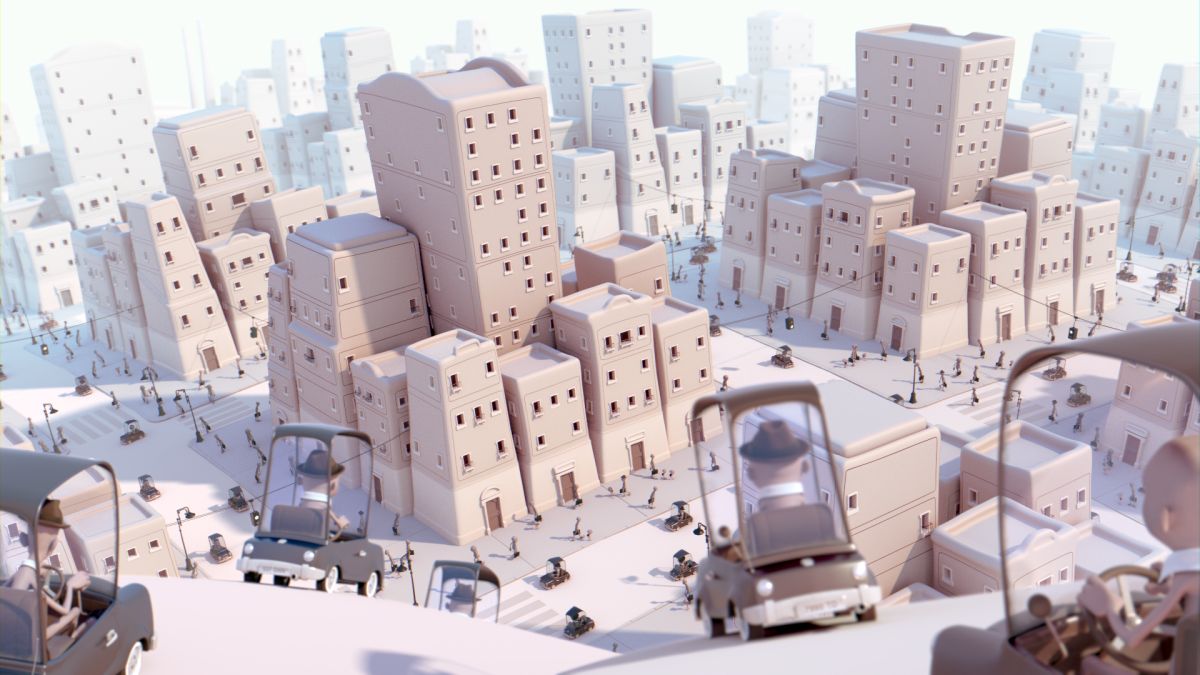 Daniel M. Lara and Rafael C. Méndez are actually highly experienced 3ds Max and Maya users, so the use of Blender was a completely new experience for them. But they stuck to the challenge of carrying out all processing steps for “Alike” – modelling, mapping, rigging, animation, rendering, compositing and even editing – using exclusively open-source solutions. They even had Ubuntu as their operating system. The team certainly faced problems many times, but the resulting learning effect made their Blender experience a very valuable one. 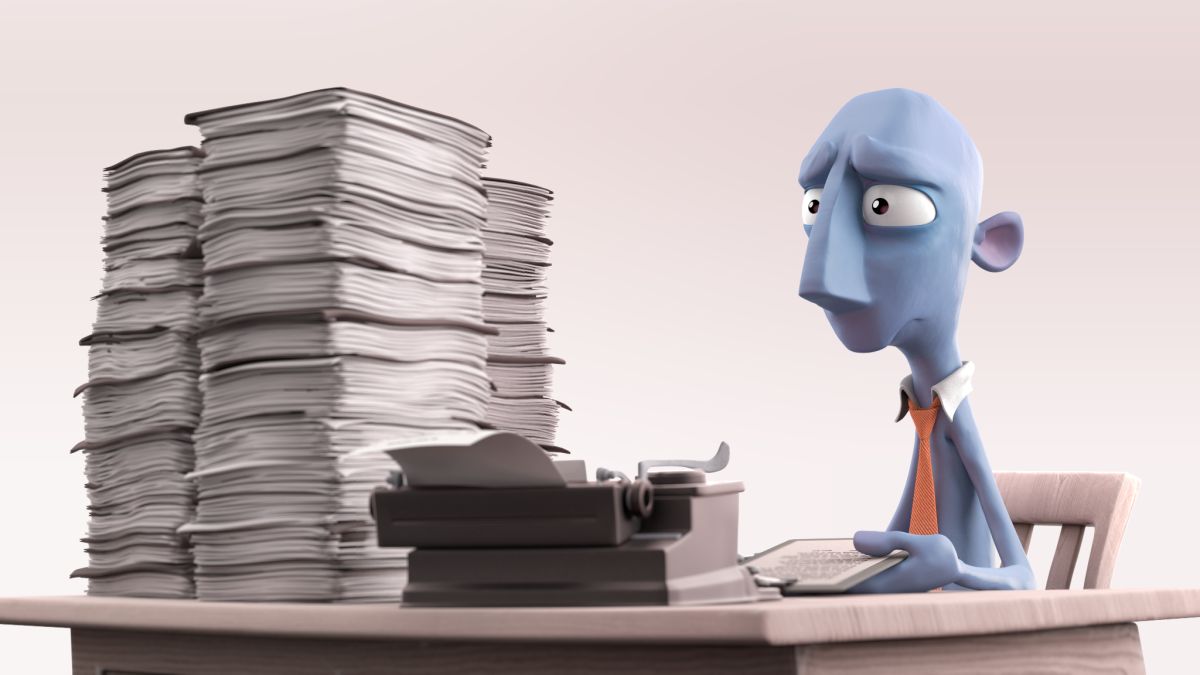 The most important thing for the artists themselves was that they respect the 2D style of the film, even though everything is in 3D. They achieved this via a number of means, including using traditional animation and sculpting tools to optimise the 3D animation. In order to attain the style they were looking for, the animators undertook several correction drawings; in addition, they laid painting over frames to act as inspiration for the lighting artists.

The two directors created a number of scripts so that the animators would be able to work better with the character rigs; they also did the same for the render department. For the indoor environments, they set up a dome-shaped geometric structure that allowed them to paint in the lights according to whatever the artistic and narrative needs were.

“Alike” has completed an extensive international festival tour, where the film won about 50 prizes – one of them was the animago AWARD 2016 in the category “Best character”. Since Daniel Martínez Lara and Rafael Cano Méndez are eager to have their moving father-and-son story reach as many people as possible, the film was released online in full length in December 2016.

About the two directors

Daniel Martínez Lara has worked with many different studios on a number of feature and short films. For example, he was Animation Tools Developer and Storyboard Artist on “Planet 51” for Ilion Animation Studios. His film portfolio includes “WC!”, “Pepe” and “Changes”. In 2006, he founded Pepe School Land, a training facility that focuses on teaching modelling, character animation and the making of 3D short films.

Rafael Cano Méndez got his start in a 2D animation course at the Dibus S.L. in Sevilla. He completed his training at the Universidad Autónoma in Barcelona and worked after that as a Concept Artist and Animator at Nicodemo Animation. At Pepe School Land, he gained even further experience in 3D animation; today, he’s a lecturer there. He also works as an animator at Big Lazy Robot.

The two nominees in the category “Best Character” in 2016 were:

Our Wonderful Nature – The Common Chameleon

Wacom is our sponsor partner for the category “Best character”. More about the company here.