The “Best Motion Design” category celebrated its debut at last year’s animago. In other words, not only since then Sebastian Lange and Peter Hankowiak are able to boast about their Digital Production award for “Urban Surfaces”, they are also be able to say they created the first project to ever win an animago AWARD in this category.

The entire animago team felt very strongly about introducing a special new category to acknowledge motion design projects. In fact, these projects distinguish themselves from other works of art by means of their special look and entirely different form of storytelling.

The concept of “motion design” or “motion graphics” is indeed difficult to define in a clear manner; in general, the terms are used to refer to moving graphic elements, usually adapted to a sound or voiceover. They also describe abstract forms that use animation to create an imaginative and visually demanding work of art. The type of people working in this design “genre” comprises perhaps the broadest group of artists active in the creative sector today, especially because this type of work is required for everything from titles and opening sequences to broadcast elements, visualizations, commercial jobs and much more.

So-called “generalists” are the only individuals who possess such a wide range of skills and knowledge, which includes animation, illustration and photorealism alongside an excellent knowledge of colour theory. Sebastian Lange is one such person and has already long since proven his mettle as a director, designer and animator. Lange completed his studies at the Basel School of Design in Switzerland where he focused on “film” and “motion graphics”. At the moment, he is Creative Director and Head of Motion Design at the Freiburg-based communication agency qu-int. He also works as a guest lecturer at the International School of Design Cologne (KISD). 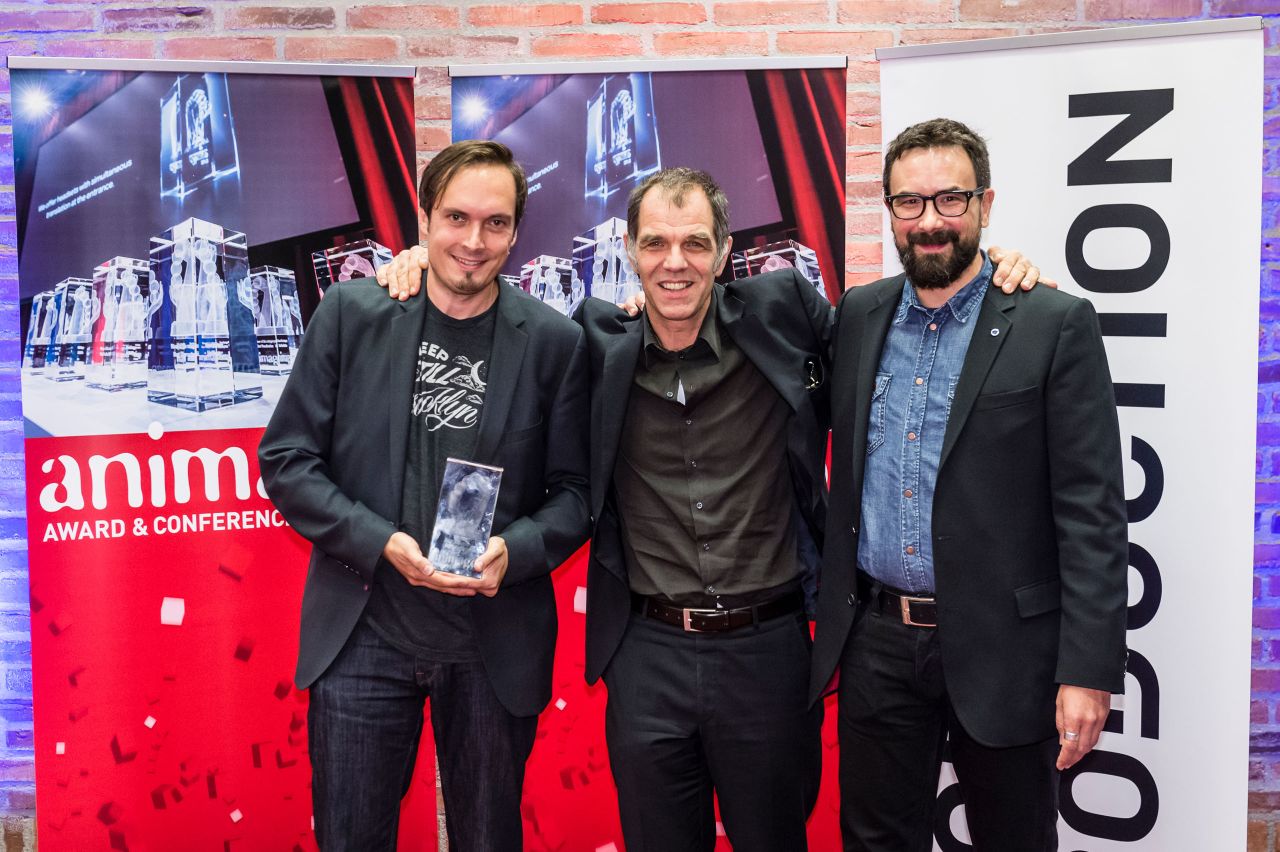 The catalyst for “Urban Surfaces” was aerial footage created by AV Medien Film & Fernsehen in Stuttgart; AV’s Marketing Manager Peter Hankowiak had just produced the footage and showed it to Lange, who experimented with it until his over one-minute video clip was finished. For Lange, working on private, non-commercial projects in his free time is very important; it allows him to create works of art without any restrictions or customer specifications. When he’s done, the result is inevitably an excellent reference for his portfolio. In the case of “Urban Surfaces”, it even earned him an animago trophy!

Lange didn’t want his clip to show New York as it is; instead, he wanted to distort the footage so as to give the city an even more interesting appearance. He made the material more abstract by “cutting” and replicating it, thus highlighting the many different surfaces involved in the city’s typical skyscraper architecture.  Animated typography always plays a large role in Lange’s design works – and this project is no exception.

This time, he used words taken from poet Kay Ryan’s poem “Surfaces”, which was also the source of the film’s title. The degree of abstraction in the clip renders the words unreadable, an approach that was chosen consciously by Lange: “My intention in ‘Urban Surfaces’ was not to make the poem legible as such; instead, the goal was to give the footage a certain look and more atmosphere by using a striking form of animated typo – while simultaneously ‘charging’ the content”, he explains. The atmospheric, almost percussive music for the motion design clip was provided by Himuro Yoshiteru, a Japanese musician much admired by Lange.

As is the case with most private projects, Lange left his work on “Urban Surfaces” lying around for long periods of time. It took roughly 3 to 6 months before he was able to complete the clip in his free time. After viewing the video material, Lange compiled the best shots as individual sequences. Following that, they were loaded into After Effects and processed using features typical of that software, including Vektor masks, time stretching and various layer modes. At this point, the concept of the film was still far from being clear; in fact, the final look of the images and the compelling overall composition of the sequence series only emerged after a long process of experimentation. Additional tool helpers, such as After Effect Ease Expressions and Frischluft’s Lenscare plug-in, supported the workflow.

Many of the footage layers were duplicated and time stretched, which significantly extended the clip’s rendering time. Lange was able to optimise this only partially, which means it took a while to render the final version of the clip on an appropriately equipped Mac Pro workstation.

Here are the two nominees in the category “Best Motion Design”:

„Ways Out Of A Creative Crisis“ von der Fachhochschule Salzburg