Isolation and a cat – highclass lighting

One-man projects in the CG area do impress indeed, especially with this level of quality. Visual designer Xiaolin Zeng (aka Zaoeyo) created the Opening Titles for the Pause Festival in Australia, which got a nomination for the „Best Motion Design“ category from the animago committee. And not just because there was a cat involved!

„Different Perspective“ – That was the theme for this years Pause Creative, Tech and Business event. In this approximately two minutes clip a black cat roams through a completely empty city environment: You can see abandoned open-plan offices, orphaned subway- and bus stations and lonely telephone boxes. The movie is calling for a feeling of isolation and wants to demonstrate the iciness of our present-day infrastructure.

For design inspiration for creating the Opening Titles of the Pause Festival, Xiaolin took a look at the opening scene from the Anime series „Digimon: Digital Monsters“. There you can find slow shots at night with a picture of a city, which have been combined with digital elements like traffic lights and TV screens. The idea of a cat protagonist came from the indie game „HK“, where a cat roams around in a cyberpunk version of Hong Kong.

To make sure that he can reproduce his assets as real as possible, Xiaolin Zeng used numerous online references for fluorescent lights and city photographs during the night. This way all CG objects in the final movie looked as realistic as possible.
Since Xiaolin didn´t have much experience at this point with this kind of work he had to study a lot of references and spent a lot of time trying things out to find a balance between lights and textures. All assets were modeled in Cinema 4D. For his first step, the artist created the rough shapes of the environment with the integrated Cube Tool of C4D. With this approach, the polygon number of the 3D environment hasn´t been too high, because all those numerous details have been added through textures. Less important elements like cars, bicycles and other small things were bought online by Xiaolin Zeng since their only purpose was the level of detail in the scene.
This also includes the cat. Since the designer did not have the chance to model and animate a CG animal before, he got it from Turbosquid instead. A 3ds max file and all needed keyframes were provided with it. Xiaolin exported it as a .fbx-file to use it in Cinema 4D as well. To get the slow-motion-effect he slowed down the speed of the movement animation. The original file did not come with fur, so it had to be created via the Built-in-tool of Cinema 4D and with 3 to 4 layers of cat fur. „Since the environment was pretty dark overall it was quite easy to put the black 3D cat into the scene. It would have been much more complicated if the cat had a different fur color.“, the artist commented.

The most complex part of creating the environment was the Hong Kong streets with its numerous neon signs. „It hasn´t been extremely challenging, it just took a lot of time“, Xiaolin remembers. Those neon- and street signs aren´t the only sources to light the scene, which gives the environment a much more realistic look. „To make sure that all those lights are as accurate as possible it is important to stick to real standards and to always look at real references. That´s how I do it with all my photorealistic work.“
Especially the huge amount of work was a real troublemaker: „It really was a very big project for a single person. It took a lot of patience and motivation to get through it. I needed 3 months to finish it and with it all my free time and weekends as well.“ Although Xiaolin handled almost everything on his own, he did get a little bit of support as well: He did have 3 friends on his side, who supported him to find the right idea. And for music and sound design he had the support of the Echoic Audio studio. When the animatic was ready the sound specialists provided the alpha version of the music design. After rendering all shots and compositing in After Effects, Xiaolin sent the final version to the sound studio so their team could create the final composition of the music, which took another month.

Everything has been rendered with Octane in Cinema 4D. In Xiaolin´s point of view, it is one of the easiest to use engines ever. Especially for designers: It does all the physics calculations on its own. All the user has to do is to adjust a few settings. Thanks to the Path-Tracing mode it saved a lot of time because it always achieved exact results.“
But not everything was perfect: One of Octanes weaknesses was the fact that the software was not able to distribute the weight of the rendered lights. That´s why four lights with different lighting areas have been sampled exactly the same, which lead to no noise areas and other areas with a lot of white spots in them. „This fact asked for a lot of manual adjustments of the light samples. Lights, which covered a big area, needed a high sampling and small lights needed less.“, so the designer. For render time, the artist always stuck to about 15 minutes per frame. 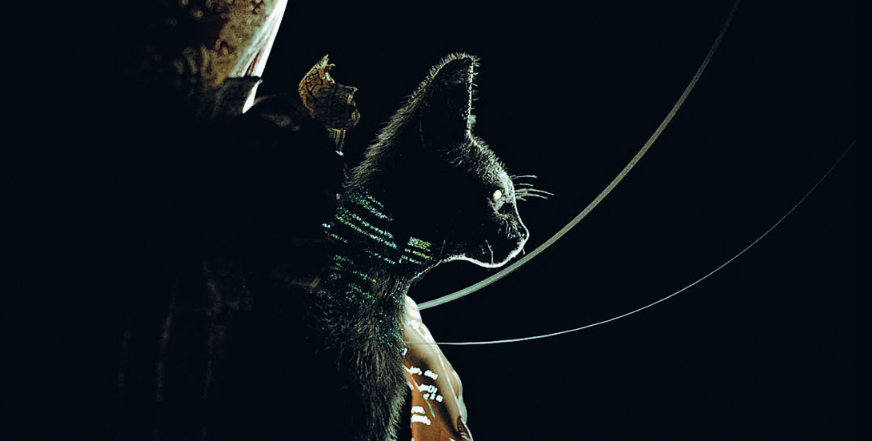